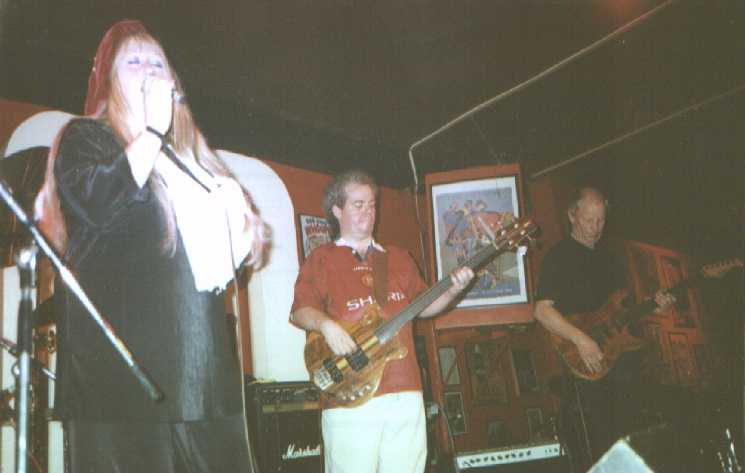 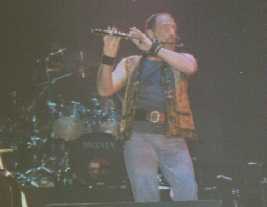 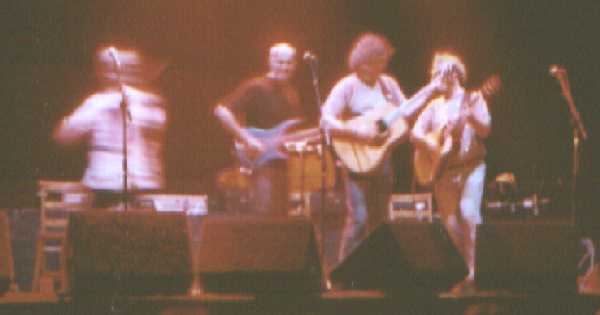 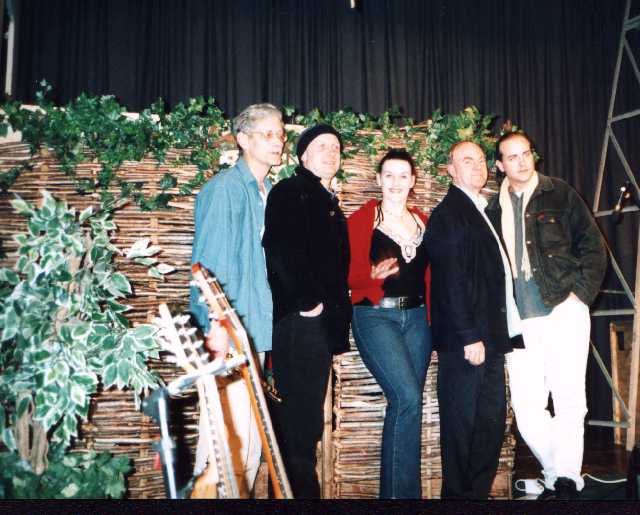 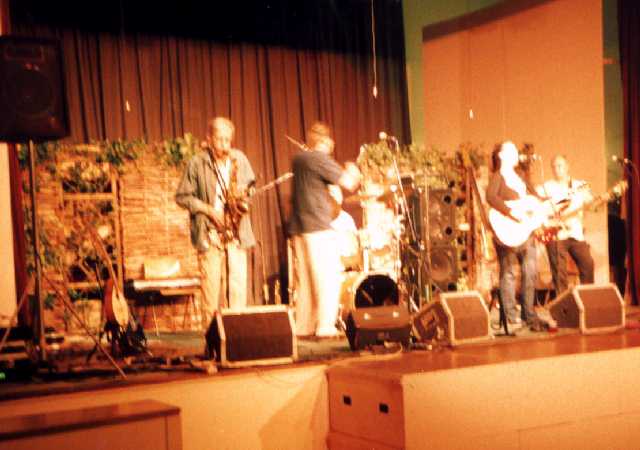 Not a great photo, but it was a great evening. 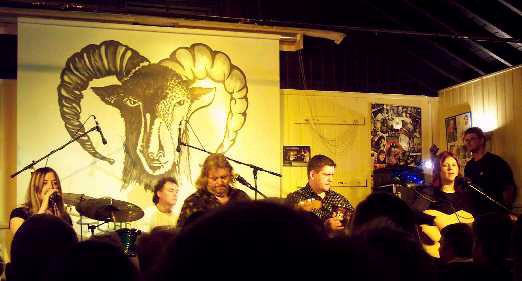 The eponymous club banner with the right-hand half of the band:
Deb Sandland, Steve Crickett (dead for tax reasons), Phil Beer, Gareth Turner, Miranda Sykes (and off photo to the left was Nick Quarmby).

at the Crawley Folk Festival, June 2005. 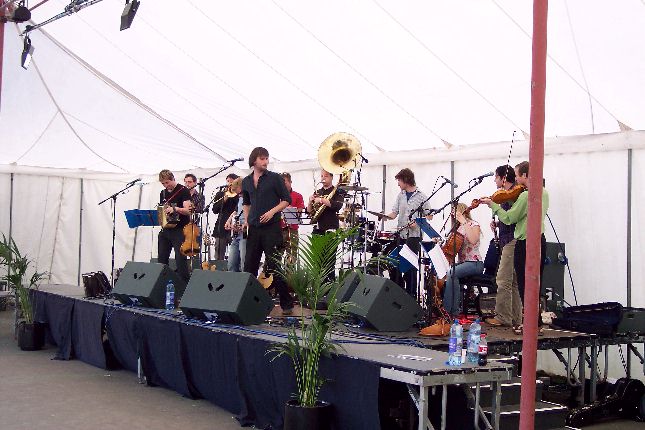 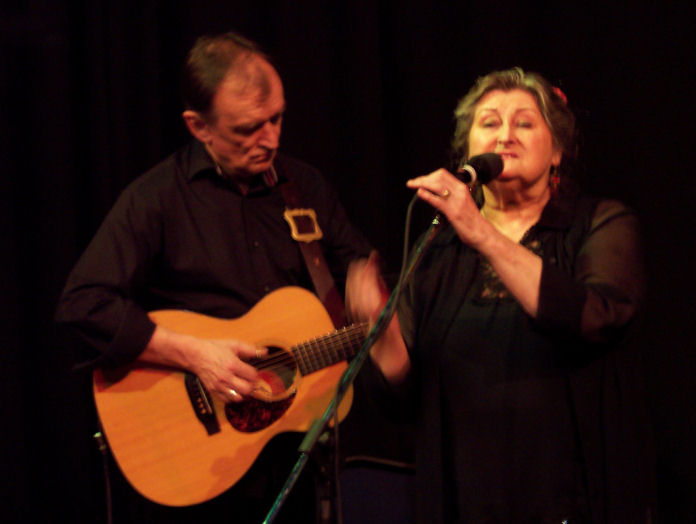